The FBI with the help of the CIA is trying to stop a Chinese family operation out of Beijing and Washington, D.C. that is smuggling rosewood and ebony timber out of Madagascar. The illegal consignments of endangered timber is being shipped to the U.S. from China. The illicit trade of these rare trees has resurfaced in Madagascar, a country already reeling from corrupt military rule. Rosewood is prized for its ruby color and, because the Chinese have helped to make this a poverty-stricken country, is being smuggled out of the island at a rate that, some say, could put the country’s survival under threat.

This same family operation is also smuggling teenage girls into the U.S. and Europe as victims of human trafficking. Most of these girls are 13-17 years old. They have been lured with false promises of well-paying jobs but will be sold as barmaids, waitresses, casino girls, salon workers, you name it, all titles masquerading under the umbrella of sex slaves heading to Canada and the U.S. They have been manipulated by people they trusted, and most of their parents have no idea where they are. They will be forced into prostitution, domestic servitude, farm or factory labor, or other types of forced labor.

Supervisory Special Agent Howard Watson and his team must stop these atrocities.” 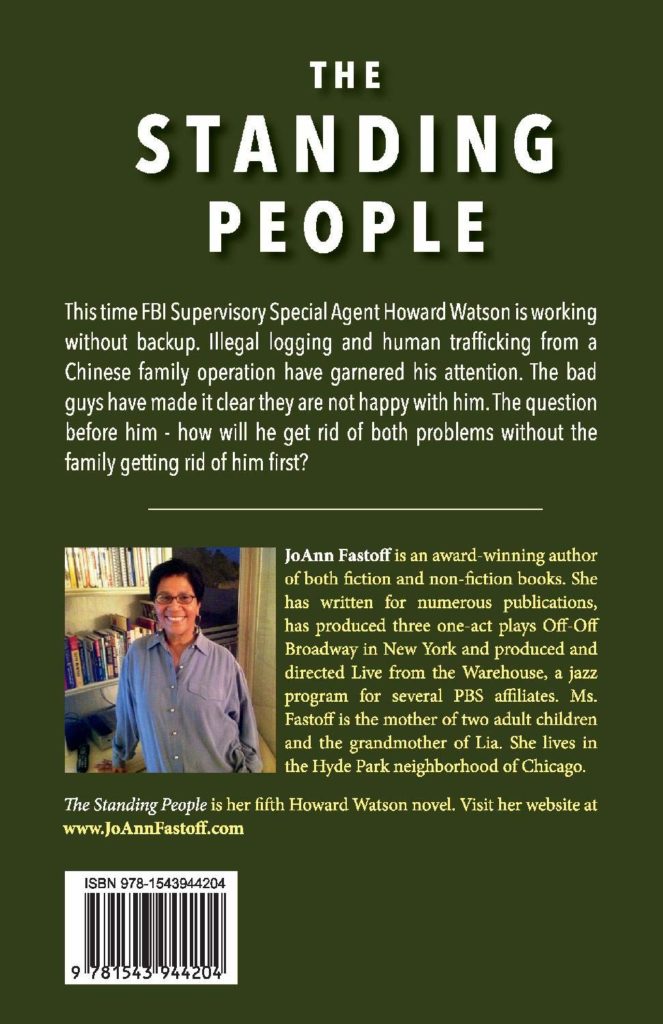 A Howard Watson Intrigue Two scientists who had just invented a special microchip for the US Army had been missing for four days when the...
Read more
Books

Five men have been targeted for death by someone trained on an M-24 sniper rifle…a rifle that only the military provides. The person or...
Read more
Books

"What if you could relive over and over the best two years of your life? Welcome to Heaven.” So, what is Heaven? What if it’s a...
Read more
Books

The death of a Major General in the Marines was ruled accidental by the D.C. police. FBI Agent Howard Watson believes otherwise. Why did...
Read more

To be updated with all the latest news, offers and special announcements.

JoAnn Fastoff lives in Chicago and is the author of the award-winning Howard Watson Mystery Intrigue series. She has written extensively for Chicago, New York and Philadelphia publications, and has written, directed and produced several one-act plays for Off-Off Broadway in New York. She has interviewed over 100 celebrities including the phenomenal late Bluesman B.B. King and the late award-winning photographer Gordon Parks. She is the mother of two adult children and the grandmother of Lia.